Settings in the Effects tab defines whether additional processing or effects need to be applied to the rendered output. 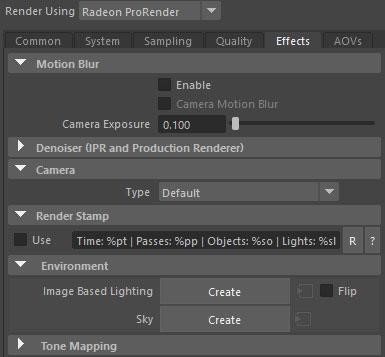 Motion blur is the effect caused by moving objects in a regular photo during the exposure time of the camera. Fast object or camera speeds, or long exposures, can create a “blurring” effect on objects in the image.

By default, animated scenes are rendered as a series of still images that do not convey the sense of speed of fast-moving objects. With motion blur, objects appear solid in the direction of motion, making them more realistic, especially when you are playing an animation. 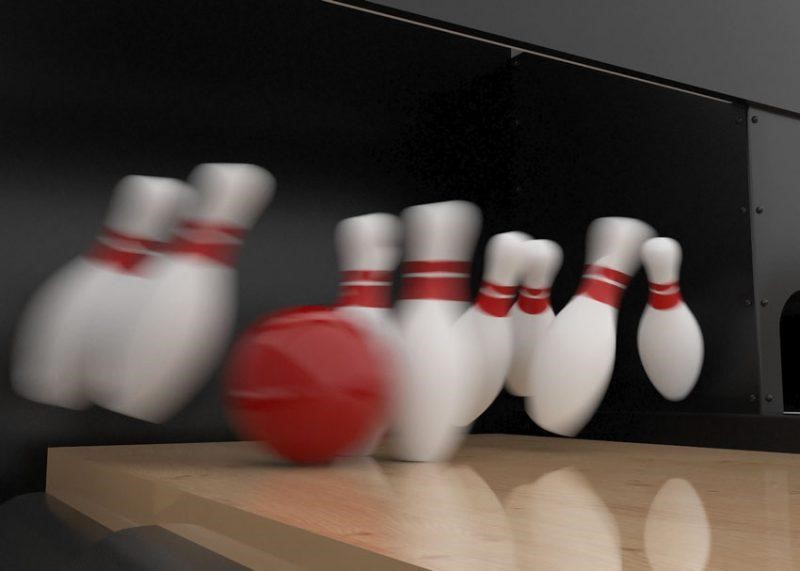 By checking the Enable option, motion blur will be enabled for the scene.

When Camera Motion Blur is enabled, this option applies motion blur to the movement of the camera.

Increasing the values of Camera Exposure will emphasize motion blur and produce longer blur tracks that simulate speed. Lowering the values will increase the sharpness of the image, making the blur effect less noticeable. Setting the Camera Exposure value to 0 will turn off the blur effect completely, allowing for rendering without any motion tracing.

Motion blur can be calculated in both the final render and the viewport. To enable motion blur in the viewport, go to Render Settings > System > Other Settings and select the Viewport Motion Blur option.

Note: Increasing the exposure value of the camera increases the blur but also increases the noise. You may need to increase the number of samples to reduce the amount of noise in blurred areas.

Rendering complex scenes often takes an exceptionally long time to denoise. A common way to reduce noise is to adjust the quality settings as well as the number of iterations (samples) meant for rendering. However, depending on the complexity of the scene and the effects used, it may take longer for the image processing to converge. An alternative solution for removing noise is to use a denoiser.

The Denoiser has a filtering function that detects noisy pixels and reconstructs the colors. All filters come with pre-tested and tested presets so you don’t have to set them up from scratch.

Checking Enable will activate the denoiser for both the final render and the viewport render.

You can select among the following available denoiser types.

Bilateral is a denoising filter that blends adjacent pixels while maintaining sharp edges.

It works by replacing each pixel with a weighted average of its neighbors. The weighted average is calculated based on factors like pixel color similarity, spatial proximity, and normal difference. This ensures that only similar pixels contribute to the resulting color, resulting in high-quality smoothing without blurring the outline of the object.

From a time and computational resource standpoint, it is the least resource consuming denoising filter.

Radius controls the area where similar neighboring pixels are found. Area Radius can be defined in pixels and supports values from 1 to 50.

The higher the value, the wider the pixel comparison area and the blurrier and smoother the effect, but it requires more resources and time to calculate the pixel color.

Local Weighted Regression (LWR) is a denoising filter based on a local regression model. Denoising is done by taking the pixel coefficients in a small (local) window and reconstructing the pixel color. The bandwidth parameter is used to preserve the contrasting edges.

Edge-stop wavelet is a noise reduction filter based on A-Trous wavelet denoiser.

ProRender comes with a number of camera types that let you control how objects in your scene appear in the viewport and final render.

The render stamp is a text string that appears in the lower right corner of the rendered image. It includes reference information that you may find useful, such as the time it took to complete the rendering process and the hardware device used.

Rendering stamps are not displayed by default. To display the stamp on the rendered image, select the Use check box and specify the text string you wish to include. Click the R next to the stamp field to reset the render stamp to its default value. 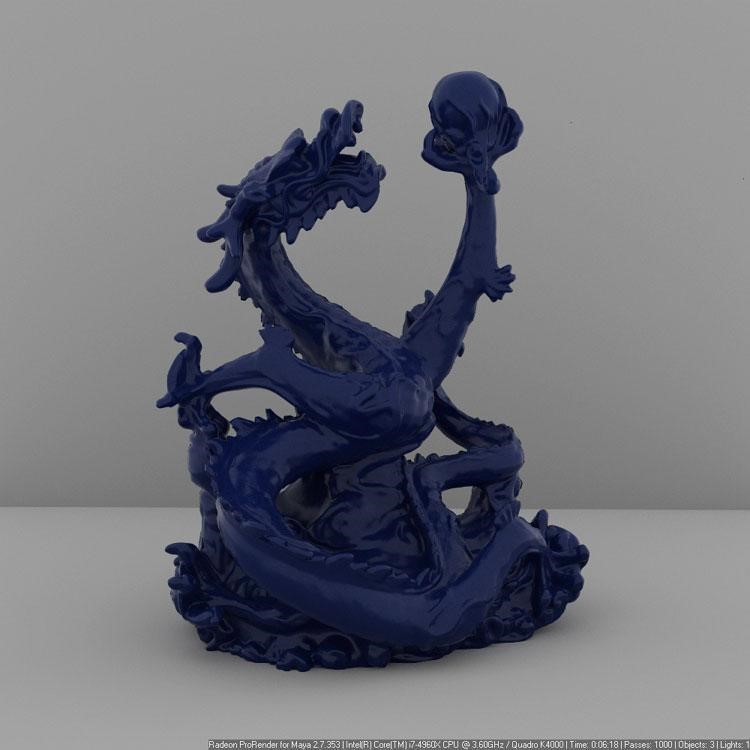 Tone mapping is a technique used in image processing and computer graphics to map one set of colors to another to approximate the look of HDR images in media with more limited dynamic range.

You can adjust the brightness of the scene by increasing or decreasing the Scale value.

Photolinear is based on actual camera settings.

Reinhard02 aims to match the high dynamic range of real-world lighting to the screen, based on the tone mapping technology commonly used in photography.

Apply Gamma to Maya Views controls whether gamma settings are applied to convert colors in the render settings.

Note: We recommend that you set View Transform to Raw or disable it with this option enabled. Otherwise, the color will be converted twice (by ProRender and Maya) and will not display properly.

Compare the two images below. A gamma of 2.2 is applied once to the first image and the same gamma value is applied twice to the second image.

The Display Gamma parameters allow you to apply gamma correction to the output image so it will display properly on your monitor. The default gamma correction value is 2.2. A value of 1 means the gamma is uncorrected.

Texture Gamma is used to correct the gamma value of a texture that has already been pre-applied with gamma correction. In this case, you can use the reciprocal of gamma as the texture gamma value to de-gamma the texture before shading so it doesn’t look strange in the final render.

This parameter applies to all textures in the scene. A value of 1 means the gamma is not modified for textures (textures are in linear color space).

You can set the color temperature of the light in the image according to the basic settings of the digital camera. Supported values are 1,000 (cold blue shades) to 12,000 (warm red shades). A value of 6,500 is considered the whitest point.